T’ai Chi training is intended to teach awareness of one’s own balance and what affects it, awareness of the same in others, an appreciation of the practical value in one’s ability to moderate extremes of behavior and attitude at both mental and physical levels, and how this applies to effective self-defense principles. 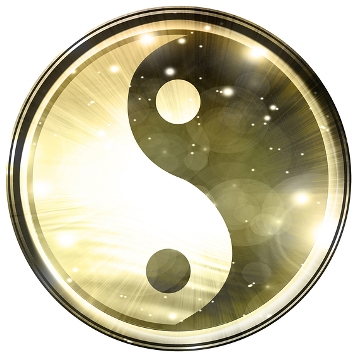 PMA President Master Brian Alexander is the Senior representative for the WTBA USA Association of this Old Style Yang (also known as the Hao Chuan method) of Tai Chi Chuan. Evening classes are now available for students over 15 years of age.

• Martial Arts – Tai Chi Chuan is the mother of all martial arts because of its thoroughly comprehensive internal and external approach. It has also been called the deadliest martial arts in the world for those who are disciplined and dedicated enough to learn it’s comprehensive methodology.

• Health – Tai Chi is the ultimate preventative medicine if performed correctly and contributes to a healthy long life. Master Erle Montaigue has been practicing the martial/healing art of Tai Chi Chuan since 1968. His teachers include Master Wong Eog (1968), Master Chu King Hung (1973) London , Grand-Master Chang Yiu-Chun one of only two disciples of Yang Shou-hou. Erle became the first student of Master Chu in London in 1973. Chu was one of three disciples of Yang Sau-chung, (1909-1985) the eldest son of the Great-Master Yang Cheng-Fu. Erle was formally introduced to Yang Sau-chung in 1981 when he visited him at his home in Hong-Kong to have his form corrected.

In 1985, Erle and eight of his students became the first Westerners to be asked to perform at the all China National Wushu Tournament in Yinchuan China . There, Erle was tested by four of the world’s greatest Chinese masters and was awarded the degree of “MASTER”, the only Westerner to be given this honor. Erle now regards Chang Yiu-Chun as his main teacher from whom he learnt the “Old Yang Style” & The Dim-Mak.

Erle’s books, videos and articles have helped to change the way that people look at the internal martial arts. His videos are viewed all around the world and his books are sold in China . He is the Chairman of the WORLD TAIJI BOXING ASSOCIATION, Chairman of the WORLD THERAPEUTIC MOVEMENT ASSOCIATION, Vice Chairman of the FEDERATION OF AUSTRALASIAN WUSHU AND KUNG-FU ORGANIZATIONS, Editor of COMBAT AND HEALING MAGAZINE and has his own column in “Australasian Fighting Arts Magazine.” He is also the Australasian Correspondent for Fighting Arts International, the prestigious British International Martial Arts Magazine and writes his own column for this magazine. Information about Eli can be found HERE. Dr. Paul Lam www.taichiproductions.com is both an internationally honored tai chi expert and recognized as a world leader in the field of Tai Chi for health improvement. Dr Lam, a family physician in Sydney, Australia, is an author, producers of videos, lecturer, judge, instructor and a past gold medal winner (Beijing 1993). He tours regularly to conduct global workshops, give talks and lectures.

By integrating both eastern and western medicine with Tai Chi, Dr. Lam has created several programs to help people improve their health and lifestyle. These include:

• Tai Chi for Arthritis – designed and proven by clinical studies to relieve pain and improve quality of life, and supported by many Arthritis Foundations worldwide.

• Tai Chi for Beginners – based on an innovative Step 1-2-3 system, ideal for all beginners.